›
Home Emergency Management News How A Texas Craft Bourbon Is Helping Disaster Victims Across The U.S. How A Texas Craft Bourbon Is Helping Disaster Victims Across The U.S.

How A Texas Craft Bourbon Is Helping Disaster Victims Across The U.S.

In the wake of the recent natural disasters affecting the United States, a craft Bourbon distillery in Hye, Texas, is stepping up to send aid to those in need. Garrison Brothers, an award-winning micro distillery 58 miles west of Austin, is partnering with Team Rubicon, a global disaster response non-profit organization that brings together military veterans and first responders to deploy emergency response teams. Team Rubicon provides military veterans an avenue to regain a sense of purpose, community, and identity through disaster response, helping them to reintegrate back into civilian life while utilizing their invaluable skills and experiences. 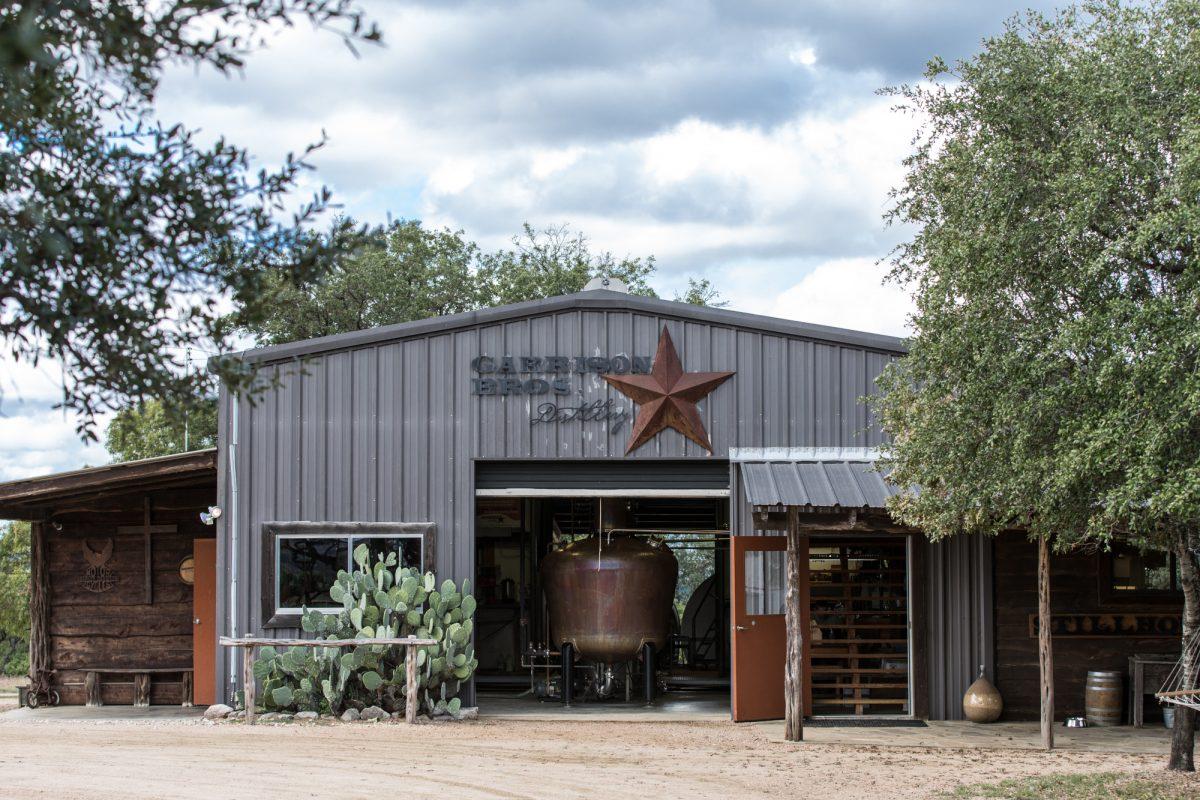 Founded in 2006, Garrison Brothers is the first legal whiskey distillery in Texas history and one of the first U.S. distilleries outside of Kentucky to produce exclusively bourbon whiskey.

Founded in 2006, Garrison Brothers is the first legal whiskey distillery in Texas history, and one of the first distilleries in America outside of Kentucky to produce solely handmade bourbon whiskey. These bourbons are made from Texas corn and Hill Country rainwater, barrel-aged in the intensely hot Texas climate which results in bold expressions that yield darker, richer, and fuller bourbon. At the American Craft Spirit Awards in 2018, they were awarded a gold medal for their Single Barrel Bourbon, silver medal for their 2016 Vintage Small Batch Straight Bourbon Whiskey and another silver for their Balmorhea Double Barrel Bourbon Whiskey. Jim Murray’s Whiskey Bible named Garrison Brothers Cowboy Bourbon™ “The American Micro Whiskey of the Year” in 2014 and 2017. Last year, the distillery was voted the Best Craft Whiskey Distillery in America by readers of USA Today. 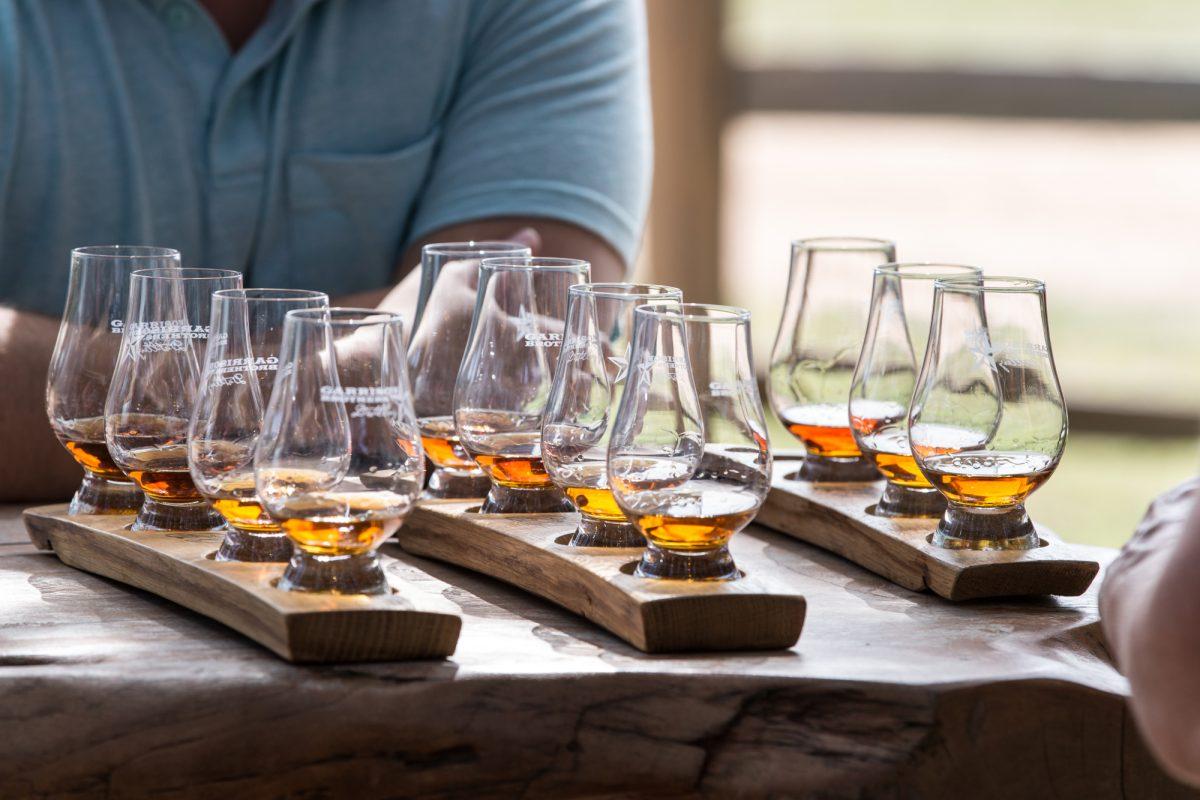 At the distillery in Hye, just 58 miles west of Austin, visitors can sample flights of all of Garrison Brothers Bourbon offerings.

Collaboration between these unlikely partners began in August of 2017 when Hurricane Harvey hit the Texas coast. As the Garrison Brothers team watched the devastation on TV, footage of one of their long-time customers, Spanky’s Liquors, showed bottles of spirits floating inside the flooded store. The folks at the distillery decided they would donate all bourbon distilled and barreled that day, launching a donation website and a special vintage bourbon release called Hurricane Tough. They picked Team Rubicon as their charity of choice, and within a few days they had raised $146,000 for their rescue efforts.

Since then, Garrison Brothers has also contributed to the victims of Hurricane Florence, one of the worst storms to hit the southeast United States that devastated families and businesses throughout the Carolinas, Virginia, and Georgia. Today, Team Rubicon is actively on-site assisting with those affected by Hurricane Michael and actively monitoring the current floods in Central Texas communities surrounding Austin. They will soon send a team out to scout the affected areas. 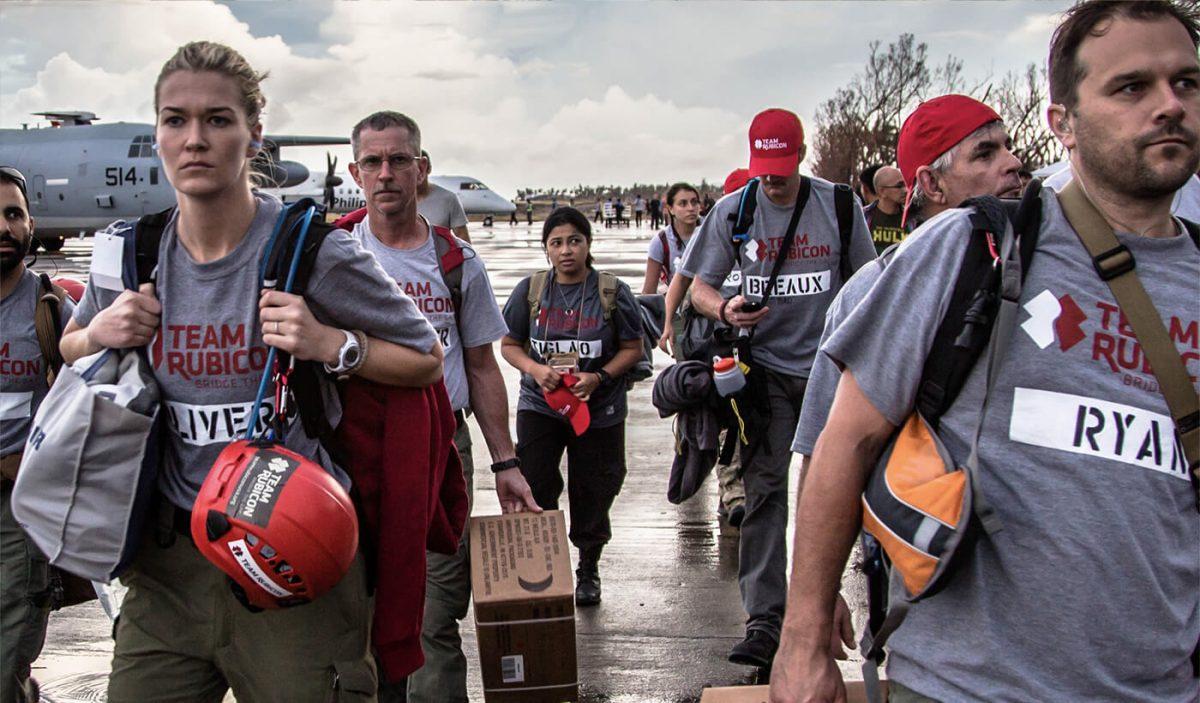 Garrison Brothers is currently helping raise funds in conjunction with two new bourbon releases. The distillery will donate $1 for every bottle of Boot Flask Bourbon and $5 for every bottle of Cowboy Bourbon™ sold between now and Team Rubicon’s Salute to Service Awards Gala which will take place in Dallas on Thursday, November 1. They will also host a Red, White and Bourbon event on November 10 at the Hye distillery, which will raise funds for the local Admiral Nimitz Foundation. 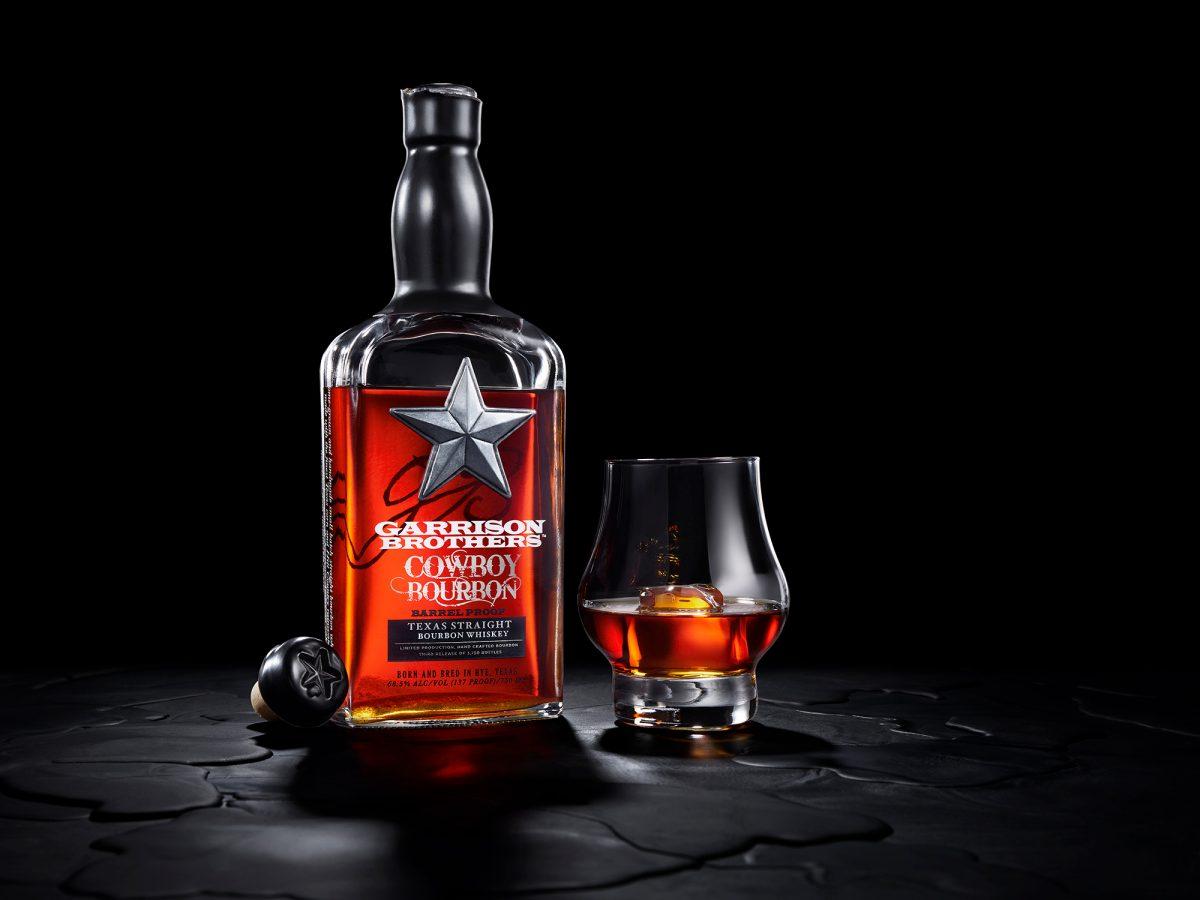 The limited-release Cowboy Bourbon™ was named “The American Micro Whiskey of the Year” in 2014 and 2017 in Jim Murray’s Whiskey Bible. Proceeds from the 2018 release will benefit Team Rubicon’s rescue efforts.

Garrison Brothers’ Boot Flask Bourbon is the 2018 release of a small batch bourbon, in a nifty 375 ml bottle that’s ergonomically designed “to fit snugly around your calf in your most comfortable pair of boots,” while the Cowboy Bourbon™ is aged at least five years in new white American oak barrels. Master Distiller Donnis Todd describes it as “a bare-knuckled heavyweight prizefighter.” Just 4,749 bottles were filled in September of 2018. 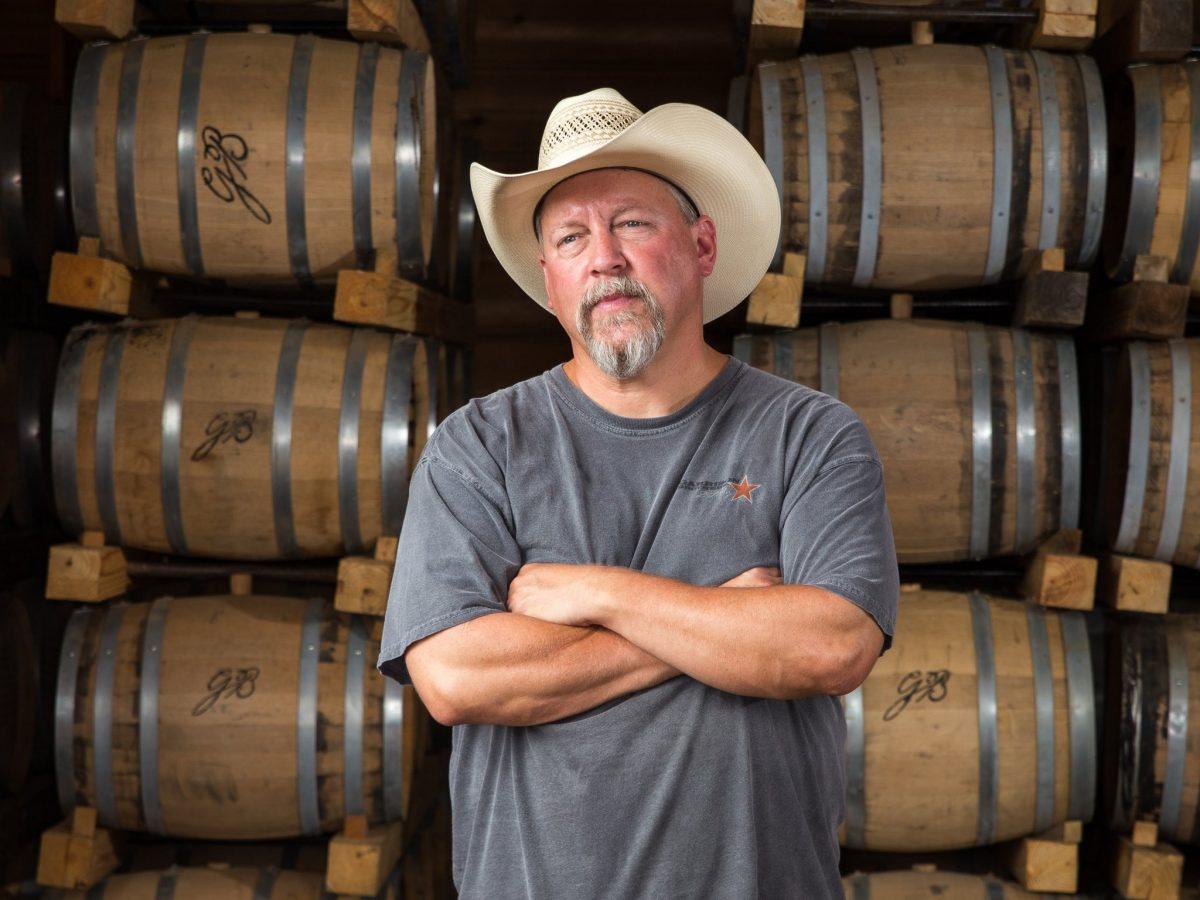 Dan Garrison, Founder and Owner of Garrison Brothers Distillery, jumped at the chance to support the work of veterans through Team Rubicon.

“I cannot imagine what it would be like to spend [time] in Afghanistan, Iraq or another war-torn country, working under an intense military-style structure, and then be swiftly thrust back into civilian life in America,” says Dan Garrison, Garrison Brothers Founder and Proprietor. “Team Rubicon uses tried-and-true military techniques and training to help these individuals assimilate into an American society that probably seems rather silly to them. Through Team Rubicon, these young men and women are given a sense of purpose — to help humans recover from disasters. Team Rubicon gives them the skills and the confidence they need to emerge as leaders. I love and admire the folks I’ve met, and I think it’s a wonderful, amazing organization.” 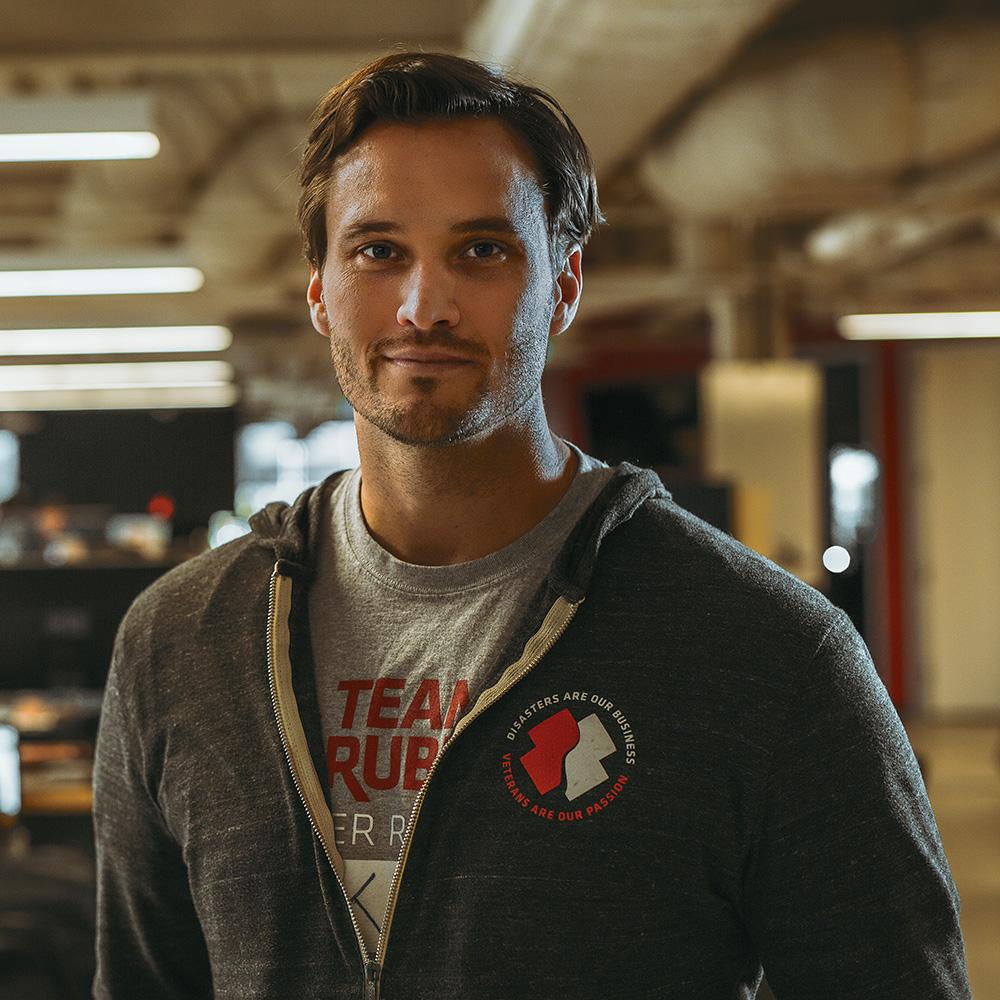 “Garrison Brothers Distillery has been an excellent partner over the past year,” says Team Rubicon Co-Founder and CEO, Jake Wood. “In the wake of Hurricane Harvey, they raised their hand and provided generous support for our response operations to help impacted communities stabilize, recover and rebuild. They’ve become an integral partner in connecting Team Rubicon to communities around Texas and have graciously stepped back into the arena with us in support of our Salute to Service gala in Dallas. We look forward to working with Garrison Brothers Distillery on future initiatives as we pursue our mission to help people all over the world recover after disaster strikes.”

This article was written by Claudia Alarcón from Forbes and was legally licensed through the NewsCred publisher network. Please direct all licensing questions to legal@newscred.com.