I was actually on my way to the Atlanta Braves game and was casually browsing my Facebook page. A post by my colleague Dr. Paul Newman, a noted atmospheric chemist at NASA Goddard Space Flight Center, caught my eye. It was a NASA satellite image of sulfur dioxide being emitted by Mt. Kilauea (more on the image later). If you have not been paying attention, the Kilauea erupted in the past week. The eruption has caused evacuations, earthquakes, lava flows, and basically all of the things you would expect. I was particularly interested in the sulfur dioxide because the BBC reported that “there were deadly levels of dangerous sulphur (sulfur) dioxide gas in the air and emergency crews would not be able to help anyone affected.” Why does this happen and what is the problem? 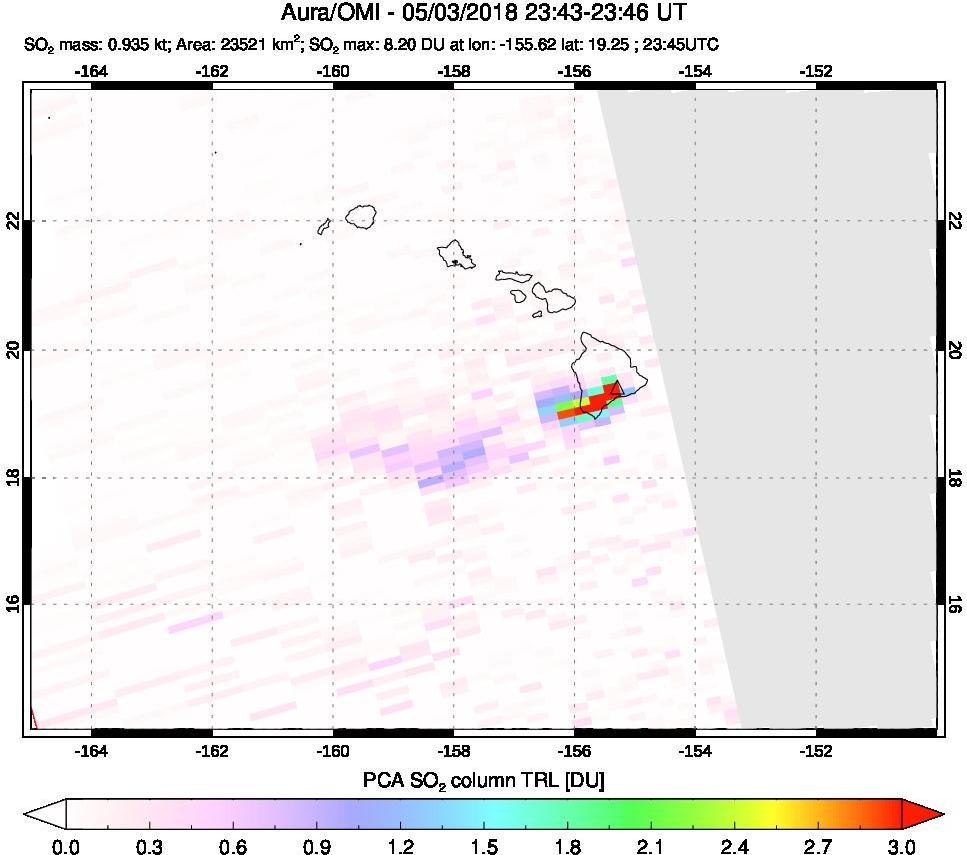 Mt. Kilauea is one of the world’s more active volcanoes. The most recent eruption has ejected a large amount of sulfur dioxide, which can cause coughing and a burning sensation in the throat. As a scientist (but not a one that studies volcanoes), I was curious as to what is going on after seeing the NASA image. I turned to the United States Geological Survey (USGS) for a little background knowledge. Its website describes what happens as a volcano erupts,

Magma contains dissolved gases, which provide the driving force that causes most volcanic eruptions. As magma rises towards the surface and pressure decreases, gases are released from the liquid portion of the magma (melt) and continue to travel upward and are eventually released into the atmosphere. Large eruptions can release enormous amounts of gas in a short time.

The most abundant gas released is harmless water vapor. Other gases that can be admitted in large amounts include sulfur dioxide, hydrogen sulfide, carbon dioxide and hydrogen halides.  Carbon dioxide is harmless in small doses but can be deadly from a volcano. It is usually diluted in the atmosphere after an eruption, but after some eruptions, cold carbon dioxide because of its density can ooze into low-lying areas. If it accumulates into higher concentrations, it can be deadly. Breathing high concentrations of carbon dioxide (3 to 15%) can cause an array of illnesses, and amounts above 15% can be fatal. 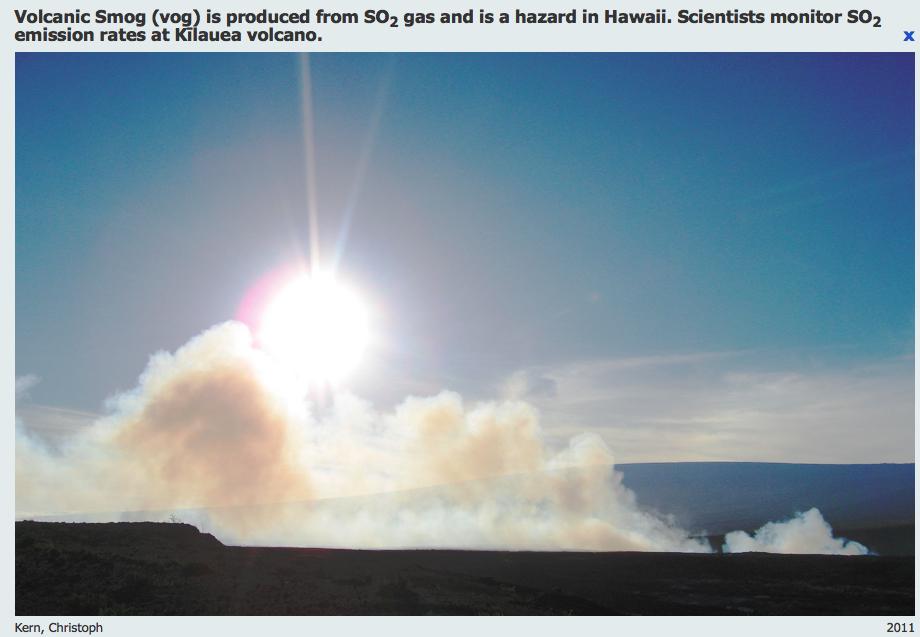 Sulfur dioxide (SO2) emissions can cause acid rain and air pollution downwind of a volcano—at Kīlauea volcano in Hawaii, high concentrations of sulfur dioxide produce volcanic smog (VOG) causing persistent health problems for downwind populations. During very large eruptions, SO2 can be injected to altitudes of greater than 10km into the stratosphere. Here, SO2 is converted to sulfate aerosols which reflect sunlight and therefore have a cooling effect on the Earth’s climate. They also have a role in ozone depletion, as many of the reactions that destroy ozone occur on the surface of such aerosols.

NASA launched the Aura satellite in 2004 to provide rigorous scientific inquiry of Earth’s atmospheric chemistry. Specifically, the mission was interested in questions related to ozone, air quality and changing climate. The data was also envision to improve predictive models and to aid in decision support. The first image above is en example of sulfur dioxide being measured by the Ozone Monitoring Imager (OMI) aboard Aura. While the instrument was designed to continue vital measurements of ozone, it can also detect sulfur dioxide. NASA Goddard Space Flight Center maintains a sulfur dioxide climatology from satellites website that you might find interesting. 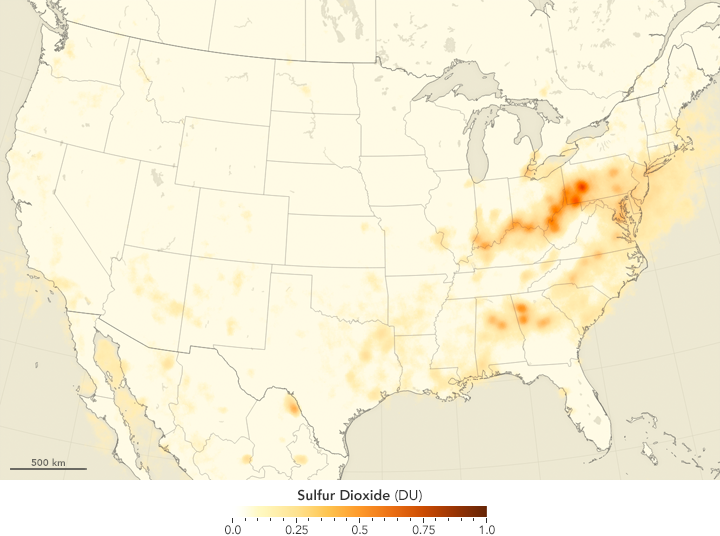