The National Ocean and Atmospheric Administration (NOAA) released an animation last year that displays every recorded earthquake between January 1, 2001, and December 31, 2015. Despite the fact that this video was released several months ago, it’s a remarkable way to visualize Earth’s plate boundaries and the dynamic changes in Earth’s crust.

Can you pick out the Pacific Ring of Fire, the Mid-Atlantic Ridge, the collision of India with Eurasia, the building of the Andes? So much information is packed into one animation it’s worth discussing what earthquakes tell us about global plate tectonics and mountain building. 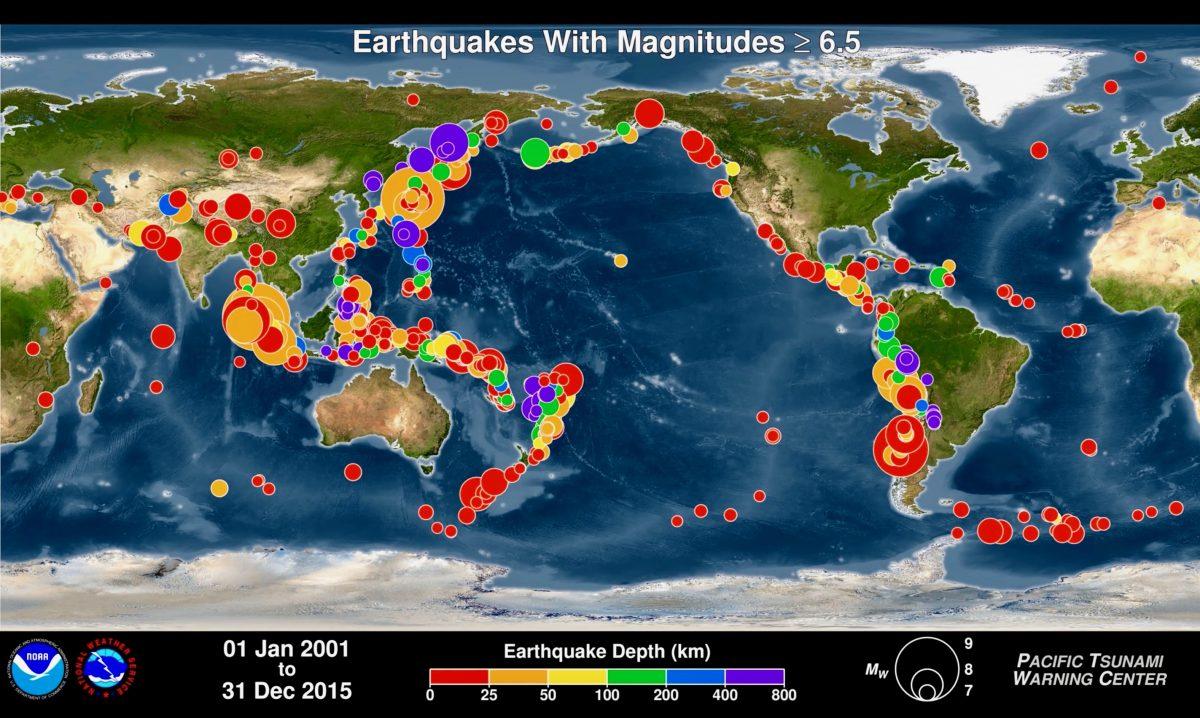 If you look at a map of every earthquake in the past 15 years side by side with a map of plate tectonics you can immediately see the similarities. This is because most earthquakes on Earth are triggered by movement of plates, specifically at plate boundaries. 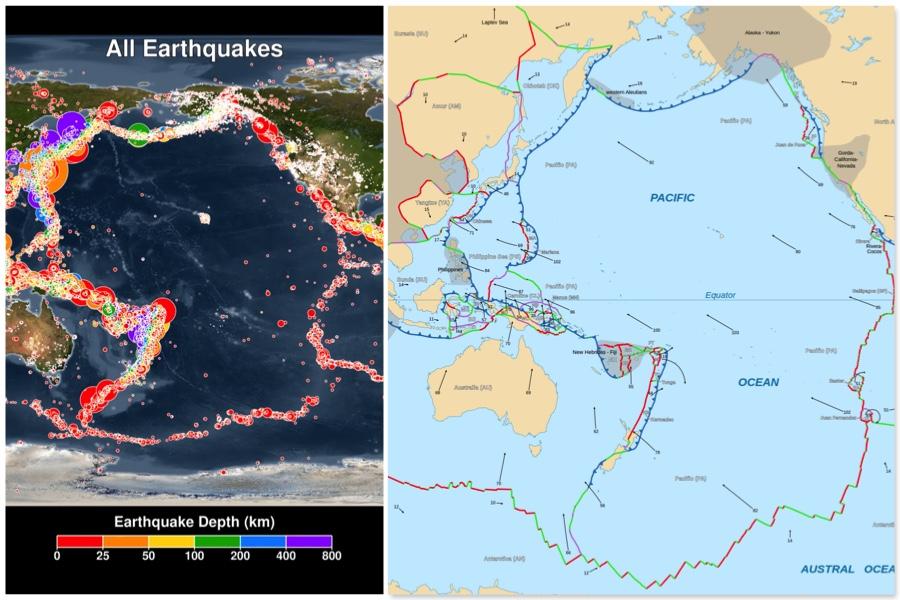 After watching the video you will notice that there is a circular ring of earthquakes along the edges of the Pacific Ocean. This is called the Pacific Ring of Fire and is due to the subsidence of the Pacific plate underneath continental plates to the East, North, and West.

You can pick out small earthquakes on the big island of Hawaii as the hot spot continues to erupt in the middle of the Pacific Ocean. Also, notice the increasing number of earthquakes in Oklahoma associated with oil and gas industry’s salt water injection wells. 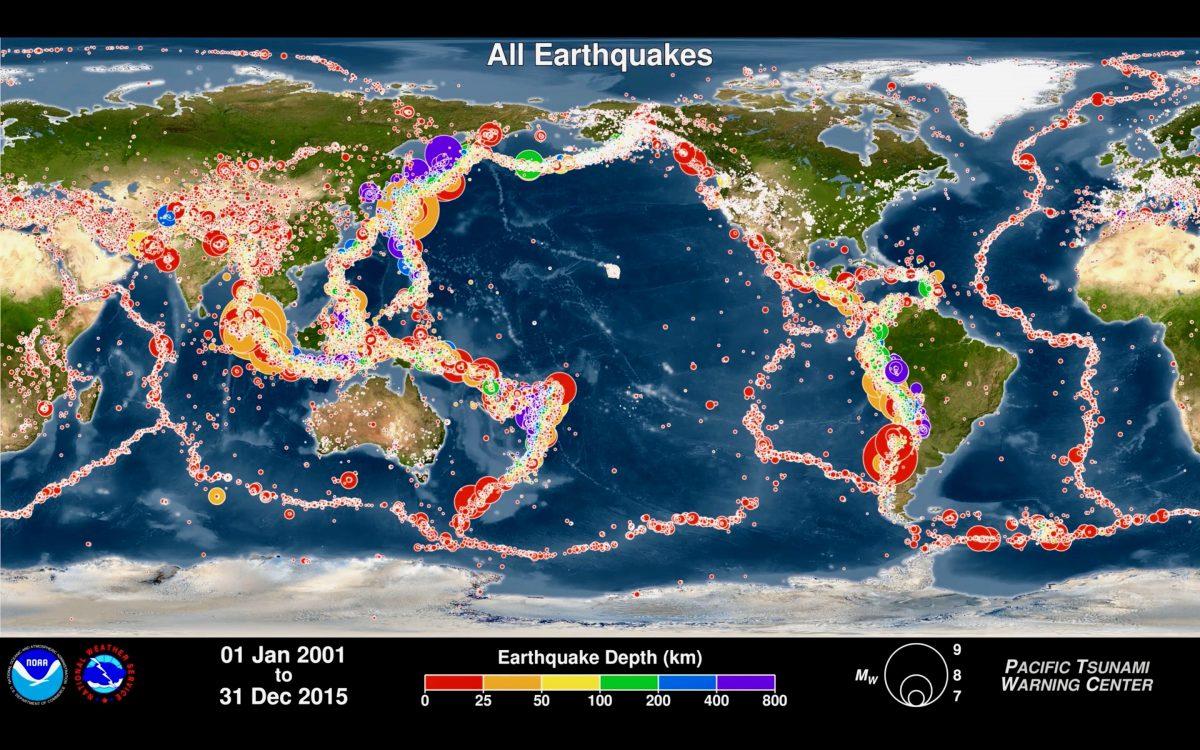 There is an incredible amount of information displayed in this video, allowing you to further understand the geology of your home town, state, or country. Take some time to watch the video and post any questions you may have below.

This article was written by Trevor Nace from Forbes and was legally licensed through the NewsCredpublisher network. Please direct all licensing questions to legal@newscred.com.